It has been said of the musician, Peter Warlock (nom de plume for Philip Heseltine) that he could not be understood if the girls in his life were ‘indicated only in the most shadowy way’.  By the same token, we cannot fully understand Elizabeth without knowing more of her relationship with her friends, including the men in her life, particularly Phil, as she called him, around whom there had long been an atmosphere of mystery which Elizabeth herself had helped to maintain, consistently refusing, when asked, to talk about it in any detail.

At the time of her death, no correspondence between them was forthcoming and it was assumed that any such had been included in the material destroyed, at her instruction, by her nephew Jim Poston.  Nothing between them was included within the collected letters of Peter Warlock published in 2005, although a short portion of one from Elizabeth to Warlock’s mother, written in February 1931 following his suicide the previous December showed that she had known him very well and that he was ‘fine & generous & great-hearted & all love & admiration for him only grow greater’. 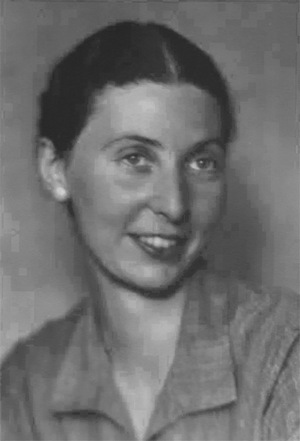 More recently, a packet dated 19 February 1932 came to light containing half a dozen letters written by Phil to Elizabeth in the winter of 1930, almost a year before his suicide, having been stowed away high up in a cupboard near the kitchen in Rooks Nest House; he addressed her as ‘Dearest Chopcherry’ (the name of one of three songs in the first set of Peterisms of 1922), expressed his love for her, talked of walking together in the countryside and suggested her living with him in London.  Another letter, written by her when convalescing in Austria in June 1931 gives the flavour of her grief, ‘The times & all that Philip took with him from the world will never come into it again.   It is something to have known them.  Beyond that, there is nothing to be said.’

Theirs was a unique friendship in which they shared so much: appreciation of the countryside; love of music, particularly song and the small-scale, feeling for the music of words – not only in English but in other languages, especially French; attraction to 16th & 17th century literature; and interest in good scholarship.  There is no doubt that ‘the gentle lover’, as she once described him, had a profound effect on her life and she was determined to do all she could, particularly in her broadcasts, to correct any misrepresentation of his character as she understood it, once famously castigating it as ‘at second hand from the second rate’, aimed, no doubt at Cecil Gray!

Further details of their friendship and her championing of his talent have been given elsewhere.
For references see the full text in the October 2020 newsletter.