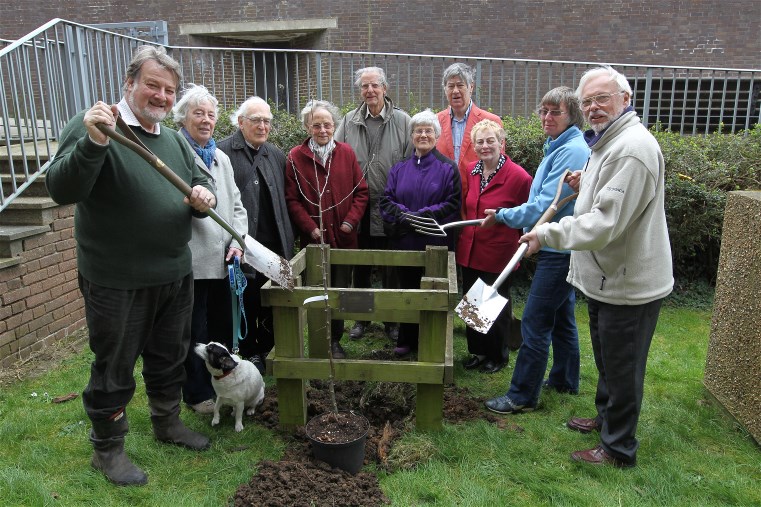 On a blustery March morning, shortly after the publication of the last Newsletter, a select group gathered in the grounds of the church of St Andrew and St George, Stevenage, to plant an apple tree. It replaces the one planted in memory of Elizabeth Poston in 2005, during the celebrations we held to mark the centenary of her birth. The date chosen was the anniversary of her death.

We were grateful to Churchwarden, Vic Summerfield, and to Museum Curator, Jo Ward, for facilitating this. The tree was sourced by Stephen Pollock-Hill, who also did most of the spade work! Harry Hubbard, a Comet photographer, was there and he happily took shots of the event on any camera offered to him as well as producing a good picture for that week’s paper. We hope this tree will not suffer the fate of its predecessor i.e. premature death.

Written by joomlasupport
Last Updated: 04 May 2015